Young Social Innovators (YSI) promotes education for social innovation.We want to give everybody an opportunity to use their creativity to respond to social issues and contribute to building a fairer, more caring and equal society.

In 2019 our first years showed what could be done by making their voices heard. The students campaigned for a new playground in Knocknaheeny and wrote the rap “The Playground Pledge” with Gary McCarthy, GMC Beats, funded by our JCSP Library, they produced a music video with their teachers Ms. Corbett & Mr. Newman. The students presented their campaign to various schools also involved in the programme.

The video now has thousands of views on YouTube, students were interviewed on Red FM by PJ Coogan, the video was shared widely on social media and in local newspapers and gained the support of local politicians. In January, 2020, it was announced that RAPID had released 29,900 EURO to Cork City Council to upgrade Kilmore Park! 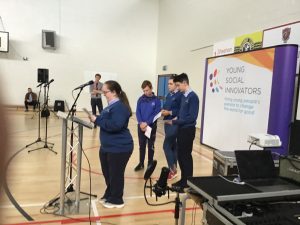 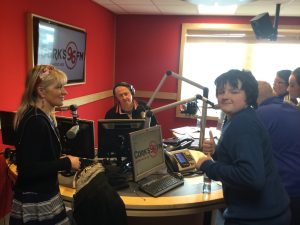